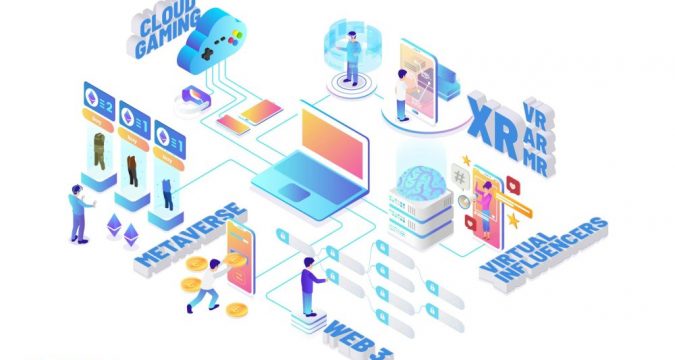 Niko Partners, a market research and consulting firm covering video games, esports, and streaming in Asia and the Middle East, today announced the release of their report The Metaverse and Beyond: Future Trends of Gaming in Asia. Asia is at the forefront of gaming and is leading way in the implementation and adoption of emerging technology. This report covers the most important trends that are reshaping the way people experience games: the metaverse, web 3, cloud gaming, extended reality, and virtual influencers.

Key takeaways from the 83-slide report include:

The metaverse in gaming has shifted the concept of Games-as-a-Service to Games-as-a-Platform. In Asia, this trend was accelerated by the popularity of social gaming during the pandemic.

The building blocks of the metaverse include already existing technologies and new technologies covered in this report. We believe that the development of games with metaverse elements will be most profitable in the short term

Web 3 is shaping the way games will be made, networked, published, and how monetization is managed. However, most web 3 games to-date have only scratched the surface of emerging monetization models such as play-to-earn (P2E). Regulation of cryptocurrencies and NFTs also impacts how web 3 is applied to gaming

There is tremendous hype around Web 3 games, but challenges still remain for the technology, including solving for the sustainability of models such as play to earn

Cloud gaming has lots of room for growth in Asia as the network infrastructure improves and installed base of 5G phones rises. Cloud games require a stable internet connection, use a high amount of data, and may experience more input latency during gameplay in areas with poor infrastructure. Governments throughout Asia are collaborating with telecos to build and enhance the 5G infrastructure

Our research shows the addressable market for cloud gaming services in Asia will reach 500 million by 2025, with subscription services being the most popular. Additional growth will come from innovation within cloud gaming via cloud native games, MILEs, cloud game ads and trials

Extended Reality (XR) technology is still in its early stages in Asia, with Augmented Reality (AR) being the most developed for games and Virtual Reality, Mixed Reality technologies following suit.

Augmented Reality started to go mainstream in Asia via mobile devices and games like Pokemon Go. More recently we have seen growing interest in VR across the region. Our survey found that more than 40% of respondents in Japan, Korea, Singapore and Chinese Taipei are interested in purchasing a VR device

Virtual influencers reign in Asia, where they are utilized as idols, streamers, brand ambassadors, entertainers, and more. Japan is a major leader in the virtual influencers as they pertain to the games’ world

Virtual influencers are gaining traction in Asia, and we are seeing increased utilization of virtual human technology and AI to build fully digital celebrities. While often marketed as risk free, companies operating virtual influencers will still need to play a large role in managing brand identity to build a genuine connection with fans

“Many companies and investors say they are developing toward NFTs in games and blockchain games, or that their games embrace the metaverse,” said Lisa Hanson, founder and president of Niko Partners. “It is important to examine the actual and current stage of implementation of these critical themes in Asia and MENA as we assess they opportunities for growth and investment for the next few years. Our research helps define these key future trends as they exist in Asia today.”