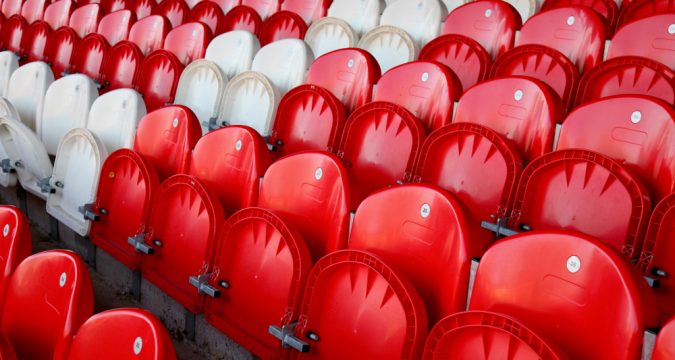 The hunted have become the hunters with longstanding leaders Rotherham Utd now down to 3rd place following the midweek action.

Can the Millers respond this weekend?

We’re back with our next set of League One predictions…

An EFL Trophy success will be a frustrating consolation prize for Paul Warne’s men if their Wembley triumph isn’t followed up with EFL Championship football next season.

Rotherham Utd now need to reconcentrate their efforts on their pre-season ambition to return to the second tier at the first attempt.

With nothing to play for, mid-table Charlton Athletic could be unpredictable foils at the New York Stadium as the Millers look to improve on a shaky league record that has seen them win just one of their last five.

The dethroned leaders certainly can’t afford any more slip ups given Wigan and MK Dons are both looking imperious in their respective promotion bids.

The Latics journey to Lincoln City on Saturday to take on an Imps side now all but assured of their place in this division next season, while a banana skin could be lying in wait for the Dons away at a hostile AFC Wimbledon.

This will be MK’s second trip to Plough Lane in a fixture laced with politics, with the unwelcome visitors looking to inflict further pain on a Wombles side still seeking a first win under Mark Bowen.

It could be a nervy afternoon at the Kassam Stadium with at least one of Oxford Utd and Sunderland currently at risk of being left out in the cold in the play-off fight.

It’s the hosts who currently look in most danger of seeing their season fizzle out, with a midweek 2-1 reverse at Morecambe continuing Oxford’s frustrating recent run.

The U’s now sit three points off the play-off pace having picked up just a solitary point from their last three matches.

Is the great escape on for Morecambe?

Derek Adams’ men have found a second wind in the survival fight, with that turnaround win at home to Oxford a second in a row for the Shrimps.

With hardly any of their rivals in any kind of form at the bottom of the table, they now have momentum in their favour as they head to a Cambridge Utd side firmly entrenched in mid-table.

Finally, the clock is winding down for Crewe after a two-year stay in this division following their 2-1 defeat to MK Dons in midweek.

Alex’s return to League Two could be officially confirmed as early as this weekend if they lose to closest rivals Doncaster Rovers at the Eco-Power Stadium/.

Who will you be backing this week in EFL League One?

Here are our League One score predictions in full…