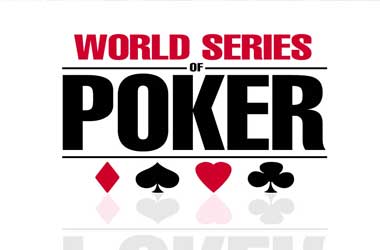 Five Events That You Should Think About Playing At 2022 WSOP

The 53rd World Series of Poker (WSOP) is fast-approaching and with the full list of events now out.

Players can start organizing their schedule and prepare to take part in what could become the biggest series in WSOP history.

Here are five key events you should watch for at the upcoming summer festival:

“The Housewarming” runs on the opening weekend, kicking off on June 3. For a buy-in of only $500, players will get the chance to compete for a share of $5 million in guaranteed prize pool.

The event is expected to attract a massive field, similar to its 2021 counterpart, “em>The Reunion“, which pulled in almost 13,000 entries to generate nearly $5.5 million in guaranteed prize money.

“Colossus” is one of the WSOP’s most popular signature events. With a more affordable entry fee of $400, it is also expected to attract an influx of players battling it out for millions in prizes.

The event will be a four-day affair which kicks off on June 24 and features two starting flights. It is the lowest buy-in event of the series which is great for aspiring pros and casual players as well.

Another popular flagship WSOP event making a return this year is the “Millionaire Maker” which comes with a buy-in of $1,500. It gets underway on June 17 and runs for five days. Whoever ends up winning the tournament is guaranteed to take home a seven-figure score.

You may also consider taking a shot at the “Tag Team No-Limit Hold’em” which kicks off on June 26 and runs for three days.

The tournament is played in a team-based format, with each team comprised of two players. A $1,000 buy-in is required from each team. If you’re looking for a fun and unique tournament to play, then No-Limit Hold’em Tag Team is for you.

The Main Event should be top of your list if you can afford the $10,000 buy-in, though the WSOP is expected to host satellites which you can enter at a much cheaper price. The tournament takes place from July 3-16 featuring six starting flights.

You might just get the chance to compete against 2021 WSOP Main Event champ Koray Aldemir who is expected to defend his title this year.