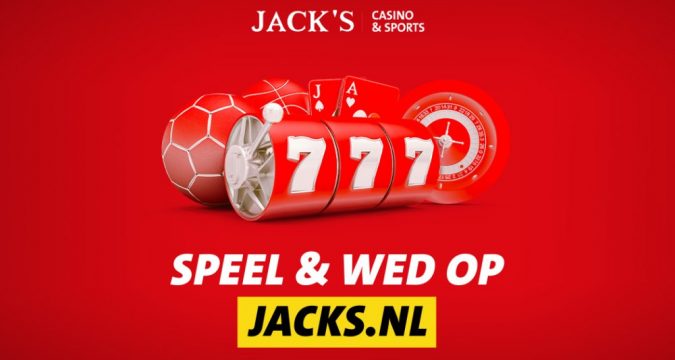 Apple’s dragging its feet in response to Anti-Trust Pressure; Bob Lawson, Optimove’s Director of Mobile offering, looks at what that actually means

Operators and mobile app developers love Apple’s App Store. Specifically, those who have a high percentage of their players on iPhones. They love the reach the stores give them to acquire new players.

Operators and mobile app developers dislike Apple’s App Store. They are tired of the hoops they need to jump through to get their app listed. Not to mention Apple’s 13,000-word “guidelines,” which include restrictions for types of apps they will accept, and where, AND the slice that the App Stores take on every dollar spent through the app, kicking a big hole in potential revenue operators can earn from their players.

It’s fair to say operators and mobile app developers alike have a love-hate relationship with the App Stores and Apple in particular.

Recently Apple has come under increasing pressure from Anti-Competition lobbyists to offer other ways for users to utilize their apps on iPhones. But a business with over 745 million software subscribers, grossing over $70bn in direct app revenue a year, isn’t going to give that up easily. Add to this their slowing revenue from hardware sales, and some commentators see Apple increasingly as a software company rather than a vendor of high-end devices. What are we to make of these somewhat conflicting messages? Consider the following:

Apple is under pressure from antitrust regulators to show opportunities for companies that don’t, or can’t, have apps in the App Store. The ruling from their very public lawsuit with Epic Games in the US, and the EU ruling in favor of Spotify, also means that Apple needs to show tangible proof that the Apple ecosystem isn’t closed to competition.
Apple is doing everything it can to hold onto its dominant position while appearing to listen to software makers’ concerns. They continue to make only minor tweaks to App Store terms in response to class actions and slowly introduce small, frequent changes. Those Changes make it very difficult for developers to stay on top of what would make Apple block their new app listing.

So how do the recent announcements at the June 22 WWDC event give us a clue to Apple’s response to pressures? First, it continues to show Apple’s strategy for the glacial pace of change.

Apple has for years been reluctant, to say the least to allow applications other than approved apps on its store, accessing phone and browser functionality. Push notifications, for example, have been possible on Apple mobile apps since June 17, 2009. Just 11 months after it introduced the App Store in July 2008. They have always seen the Apple Push Notifications service (APNs) as a critical part of the iPhone experience.

And in the meantime, next door, Google has allowed much more extensive options for delivering notifications on Android devices. For example, since 2013, it has been possible to deliver notifications on an Android phone to users who don’t have the mobile app installed but have subscribed for notifications from a mobile responsive website or progressive web app (PWA).

But there’s a big difference here and it is that neither websites nor PWAs are downloaded from the Google Play Store, so they aren’t governed by the submission rules or delivering a revenue cut for the Play Store.

Apple’s resistance to following Google’s lead could easily be seen as an attempt to restrict the popularity of Web-Based Applications over mobile apps published through its stores. After all, in the past it did follow Google’s lead when it first introduced notifications to mobile apps published through the Google Play Store.
Apple argues that it’s about maximizing users’ customer experience, but increasingly it has been seen as anti-competitive. It’s strongly suspected that the recent announcement at WWDC 22 to introduce web push notifications to Apple devices is a way to demonstrate that they have no platform bias. They will soon introduce web notifications to browsers running on mobile devices, closing the gap between Mobile Apps and Web Apps.
The technology has been available as a developer test build for months. At their developer conferences, Apple often announces features well into the future to get their community excited about what’s to come. Rarely do they announce something that will be available up to a year later. So why announce now, and why so far in advance?
Antitrust pressure may have led to the announcement this year. And maybe, just maybe, by kicking the can down the road, the heat will come off. They have built it, but will they come? Only time will tell.

What does this mean for the industry?

Marketing automation tolls will relish the prospect of allowing more freedom around mobile devices. CRM Marketing Platforms have many customers who don’t, and won’t, have apps in the store for one reason or another. So being able to offer an experience that is on a par with that of a Native Mobile app is a compelling idea. The power of push notifications to re-engage with lapsed players and send reminders to Apple users, as has been possible with Android, is undoubtedly a good thing.

Is Apple ready to truly embrace customer experience across mobile and web applications? It’s anyone’s guess, well anyone not named Tim Cook, anyway. We’ll be watching this space closely over the coming months.

Bob Lawson is Director of Mobile Offerings at Optimove. He joined Optimove early in 2022, when it acquired Kumulos, the company he co-founded. Kumulos was a market-leading Mobile and Web Messaging Platform serving a broad range of industries. Bob has spent more than 18 years in technology, particularly Mobile MarTech. He has held commercially facing roles in start-ups, scale-ups, and large enterprise businesses, particularly in Mobile Technology. Before working in the Tech space, he spent 15 years in Financial Services, most recently as Marketing Director of one of Europe’s largest Fund Management Companies.