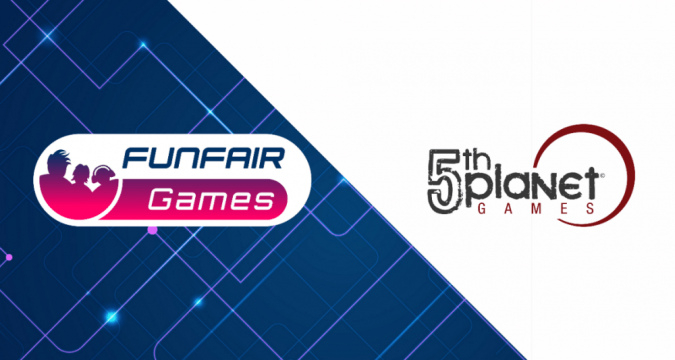 Innovative content studio FunFair Games has signed an agreement with 5th Planet Games, bringing forward the development of a multiplayer crash-styled title based on the popular TV show and video game character Hugo.

The partnership will give FunFair Games the IP rights to create a new fast-paced real-money crash game themed around the Scandinavian cartoon which is planned to launch worldwide later this year.

The lovable troll Hugo is a fictional character from Danish 5th Planet Games’ hit interactive live TV game show from the 1990s which was aired in more than 40 countries. Hugo also featured in several popular video games which had great commercial success and received global recognition.

One of the most popular and iconic games featured Hugo flying in a vintage red twin prop plane, swerving through clouds and storms with a goal to avoid a crash in order to fulfil the level, complete the mission and win the prize.

Recognising this part of Hugo’s heritage, FunFair Games will create a crash title showcasing the red plane, with players tasked to cash out their winnings before it crashes, with the multiplier increasing the longer they wait.

The game will encompass the same mechanics as FunFair Games’ hit debut title AstroBoomers: To the Moon!, which remains the supplier’s top-performing title in its growing portfolio.

With the vision to develop a new genre of games for the next generation of gamblers, FunFair Games’ titles offer multiplayer and crash content that is social, active and simple, providing players with a truly entertaining and innovative experience.

Lloyd Purser, COO of FunFair Games, said: “Partnering with 5th Planet Games gives us an opportunity to create a unique and immersive crash-style game, incorporating the fantastic and established brand that Hugo is, boasting a wide fan-base around the globe.

“We’re currently in the process of developing the game together with 5th Planet Games and we can’t wait to introduce it to the market later this year.”

Mark Stanger, CEO of 5th Planet Games, said: “We are delighted to have this opportunity to partner with Funfair Games as they continue to develop the next generation of high quality, gambling and crypto-style games.

“We look forward to seeing our beloved Hugo brand attracting a whole new audience of fans and players.”