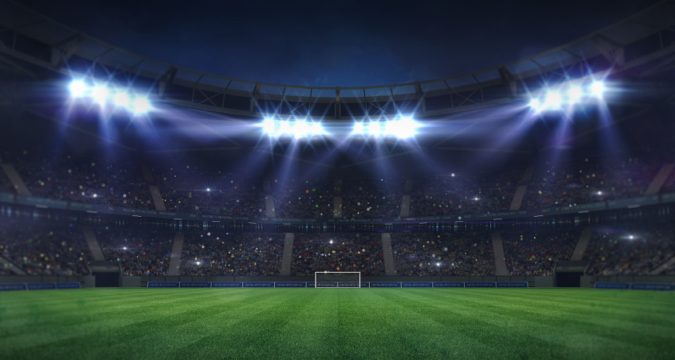 It’s quarter-final time in the Europa League, with Rangers and West Ham injecting the British interest into this season’s last eight.

A testing trip to Eintracht Frankfurt awaits tournament favourites Barcelona, while RB Leipzig will be looking to reach the semi-final of this tournament for the first time in their history as they host Atalanta.

Read on for our latest Europa League betting preview…

A sense of déjà vu awaits Rangers on Thursday night.

The Scottish Premiership champions’ have been rewarded for eliminating Borussia Dortmund and Crvena Zvezda earlier in the knock-out stages with a first-leg trip to Portugal as they renew acquaintances with Sporting Braga.

The two teams last met in this competition just two years ago, with the Gers emerging victorious with a 4-2 win on aggregate over two legs.

Ryan Kent’s strike put the tie beyond doubt in their second-leg meeting as the visitors ran out 1-0 winners at the Estadio Municipal.

The hosts have posted indifferent home form of late but moved closer to securing a top four finish in the Primeira Liga with a 3-2 win over Benfica last Friday.

Rangers’ fans taking advantage of a trip to one of Portugal’s most idyllic cities will be hoping the hosts revert back to the stuttering form that saw them fail to score in their two home league games prior to that win over the Eagles.

111/50 is the price for the away side to prevail in the first leg and put their domestic woes behind them.

Will the fairytale continue for West Ham as they chase a first major European semi-final appearance since 1976?

They’ve been handed one of the more gruelling routes to this season’s final as an experienced Lyon side head to the London Stadium.

Victory over the Ligue 1 side over two legs would then see the Hammers take on either Barcelona or Eintracht Frankfurt in the last four, and David Moyes’ should have no reason to fear the French outfit.

Head coach Peter Bosz is under severe pressure to deliver European football next season by winning this tournament with his side enduring a below-par domestic campaign.

After finishing fourth last season, Les Gones have gone backwards in Bosz’s first year at the helm, with the club currently in danger of a lowest league finish in 25 years.

With an electric atmosphere likely in East London on Thursday night, it’s 27/25 for West Ham to take a priceless first-leg lead back to France.

It was an all-German final the last – and only – time Eintracht Frankfurt won this competition back in 1980.

History could repeat itself just over 40 years later with Bundesliga cohorts RB Leipzig in the other side of the draw.

However, to set up that tantalising prospect, SGE will have to pull off the shock of the round against Barcelona.

Oliver Glasner’s side will need to sharpen up their act at Deutsche Bank Park after a drop-off in home form since the winter break.

Frankfurt have won just one of their last eight home games as Barca arrive in predatory form on the road having won five away matches in a row in all competitions – the latest a 4-0 demolition of rivals Real Madrid.

It’s 59/25 for Xavi’s side to cash in on any signs of fragility from their hosts with victory to nil in Germany’s finance capital.

A bye ensured RB Leipzig could relax on their place in the last eight before a ball was kicked in the Round of 16.

However, a breezy Atalanta side will be out to punish any signs of ring rust from the Germans on the continental stage as the two teams meet for the very first time.

Both will be looking to end their respective campaigns on a high note after Champions League disappointment, with neither of these clubs yet to ever feature in a major European final.

It’s the Italians that look the value here given they have discovered a steely side on their travels since dropping into this tournament.

Wins away at Olympiakos and Bayer Leverkusen proved decisive in settling their earlier knockout ties, and the Serie A club are 15/4 to bring up the hat-trick at the Red Bull Arena.

Odds correct at time of writing but may be subject to change.