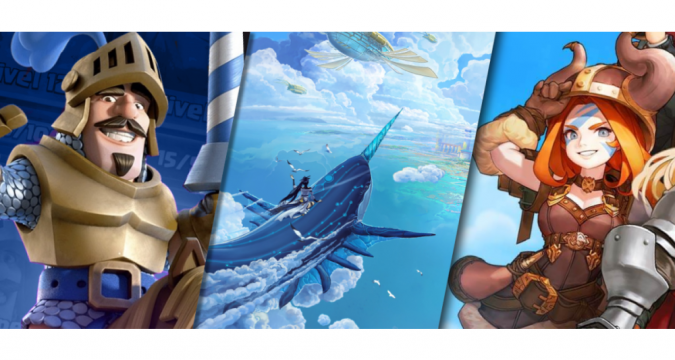 Guild Esports, the esports organisation co-owned by David Beckham, is announcing an extension to its partnership with Samsung, the leading global electronics manufacturer, adding a one-year sponsorship deal to become the Official TV Partner.

This agreement follows the success of the first partnership between Guild and Samsung, announced last year, which saw Samsung named as the Official Display Partner. Samsung is providing a selection of TVs from the Neo QLED 2022 range for the Guild Academy and Guild’s headquarters, which will open in London’s Shoreditch later this year.

Guild and Samsung’s partnership shows Samsung’s continued commitment to gamers and the wider creator industry, offering members of Guild and its fans experiences beyond the norm, emphasising its desire to establish a long-standing legacy in esports.

The sponsorship with Guild is for the UK and Ireland and all brand activations are effective from today. It grants Samsung marketing rights and exposure across Guild’s facilities including its planned 9,831 sq ft HQ, as well as social and digital content featuring its professional players, content creators and influencers.

Rory Moran, Director of Global Partnerships, said: “We’re delighted to be growing our partnership with Samsung TV. Samsung is an ideal partner for Guild, given its world-leading technology, focus on innovation and providing people with the best possible entertainment experience. Guild’s talent ranges from pro players to content creators, and to have a consistent partner providing our differing technology needs – from gaming displays to TVs – represents a crucial part of our growth”.

Dan Hastings, VP, TV/AV, Samsung Electronics said: “Samsung is excited to extend its partnership with Guild. Our first year as official display partner has been a huge success and we look forward to providing an even bigger range of products to its creators, and for exciting projects like the HQ and Academy.”