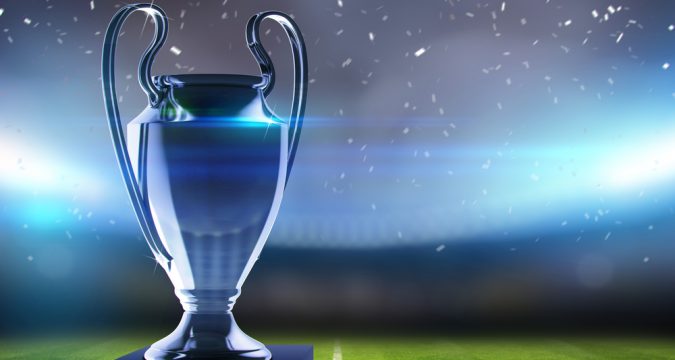 Who wins this season’s Champions League?

Liverpool, Man City and holders Chelsea all remain in the fight to reach this season’s Champions League Final in Paris.

Will all three Premier League sides move a step closer to the semi-finals?

It wasn’t all plain sailing for Liverpool in the Round of 16, but a 2-1 aggregate win over Inter was ultimately enough to secure the Reds a place in the last eight for the fourth time in five seasons.

Lautaro Martinez’s second-half header for Inter provided the Reds with a brief scare in their second-leg duel at Anfield, before Alexis Sanchez’s dismissal just two minutes later quashed any realistic hope of a comeback from the Serie A holders.

An intriguing clash with Portuguese giants Benfica awaits Jürgen Klopp’s men on Tuesday night, with the Eagles enjoying their best UCL campaign since 2016.

The Primeira Liga side secured an impressive second behind Bayern Munich in a taxing Group E, with their advancement also eliminating Barcelona from the group stages of this tournament for the first time in over 20 years.

That wasn’t enough to save Jorge Jesus from dismissal back in December after some poor results domestically.

However, interim coach Nélson Veríssimo continued Jesus’ good work in the Round of 16, as his charges shut out free-scoring Ajax in their second-leg tussle in Amsterdam.

Darwin Núñez’s late strike settled that tie, and his potency could be Benfica’s best chance of springing a shock in this quarter-final.

The Uruguayan marksman is enjoying a fine maiden season with the Eagles, having notched 27 goals in 34 games as he continues to be linked with a host of Premier League big-hitters in the summer window.

If Núñez is on song, 39/20 for the Liverpool win and BTTS could be the pick here.

A fascinating clash of styles could be in prospect at the Etihad Stadium in Tuesday night’s other tie.

Pep Guardiola will lock horns with Diego Simeone for the first time since 2016 as Man City entertain Atlético Madrid.

Given their glittering records in the European game, this will surprisingly be just the fourth time the two managers have gone head-to-head in any competition.

It was the Atleti boss who came out on top in their last meeting, as his side reached the 2016 final at the expense of Guardiola’s Bayern Munich on the away goals rule.

A trip to Manchester should hold no fear for Simeone’s side after his team gave the tournament a reminder of their defensive resolve in a tactically astute display at Old Trafford last month.

Despite ceding possession against the Red Devils for large parts of the second half, Simeone’s men rarely looked overly troubled as they advanced to only their second quarter-final in five seasons.

Another flawless defensive display looks Atleti’s best route to pulling off a surprise in this first-leg, with City in imperious form at the Etihad on the continental stage.

August 2020 was the last time City tasted defeat on home territory in this tournament, when the Cityzens suffered a surprise exit at this stage of the competition at the hands of Lyon.

Fancy the Premier League title holders to make the most of home advantage on Tuesday?

While a tilt at the Premier League title ended some time ago, there’s still a chance Chelsea can end what has been a rollercoaster season on and off the field with three trophies.

Thomas Tuchel could yet keep hold of this trophy and add the FA Cup to his honours list, but the Blues have been handed a tricky-looking last-eight encounter against Real Madrid.

Former Chelsea boss Carlo Ancelotti is by no means assured of an extended stay in the Spanish capital despite Los Blancos being heavy favourites to land the Spanish Primera title.

With memories still fresh in supporters’ minds of the club’s El Clasico humiliation two weeks ago., the Italian’s fate could all rest on his progress in this tournament as he looks to secure his second European title as custodian of the 13-time winners.

It’s a quickfire renewal of rivalries between these two sides after they traded blows in last year’s semi-finals.

Mason Mount’s late goal settled any lingering nerves as the Blues ran out impressive 2-0 second-leg winners at Stamford Bridge to advance 3-1 on aggregate, with that result meaning Real Madrid have still yet to taste victory in this fixture after five attempts.

The La Liga leaders will also be hoping to get one over nemesis Thomas Tuchel.

The German boasts the best record of any Champions League manager against Real Madrid, having avoided defeat in all six games he’s managed against his midweek opponents.

It’s 111/100 for Tuchel to bring up a magnificent seven by steering his side to victory in this first leg.

Finally, after emerging as surprise winners of last season’s Europa League, can Villarreal repeat the trick against the very best the continent has to offer?

The Yellow Submarine already have one major scalp to their name in the knockout stages having sent Juventus packing in the Round of 16.

Now, Unai Emery faces an even sterner test against a Bayern Munich team that boast a much better record than the Serie A side in the latter stages of this competition.

The Germans will be looking to improve on their showing in last year’s tournament, where the then holders were knocked out by PSG on away goals.

While the Bundesliga champions start as overwhelming 1/10 favourites to reach the semi-finals, Villarreal’s consistent goal threat could give Julian Nagelsmann’s men plenty to think about in this first leg.

The Spanish Primera side have failed to score in just one game so far in this year’s tournament.

Information and odds correct at time of writing; fixture dates and venues may be subject to change.